From about 10,200 to 8000 BC, early Neolithic farming was limited to a narrow range of plants including einkorn wheat, millet and spelt, and the keeping of dogs, sheep and goats. Grains were ground by women using saddle querns which comprised two stones rubbed together with grains trapped and crushed between them. The evolution of rotary quernes requiring less effort led directly to larger animal & slave powered, semi-industrial corn mills of Roman times.

By 370 BC, the ancient Greeks had invented the water wheel and were, along with the Romans, the first to use it for both irrigation and as a power source. The breakthrough occurred in the technically advanced and scientifically minded Hellenistic period between the 3rd and 1st century BC. Vitruvius, (31 BC - 14 AD), in his ten volume treatise on roman engineering described an undershot waterwheel. 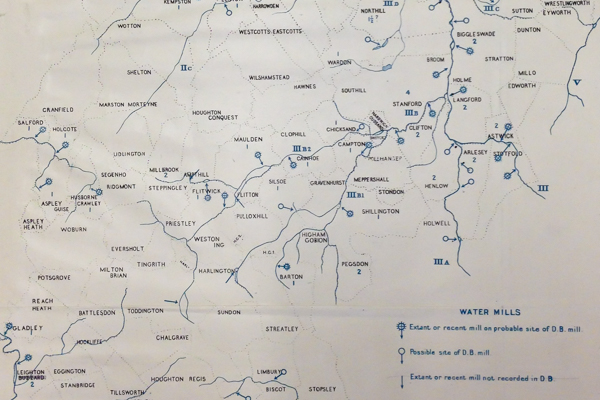 In 1086 the Domesday book recorded over 900 watermills in England and Wales. By 1850 there were 30,000 watermills in the UK. Many of these mills evolved gently over the next 800 years as new technology and new generations of millers improved efficiency and the insatiable demand for flour continued.

By Edwardian times, steam and that new fangled electrickery combined with the ingenious victorian invention of the roller mill transformed local flour milling into an industrial mega-business centred around the ports where imported grain was processed prior to distribution.

Traditional flour milling was effectively uneconomic from then onwards. There were obvious pockets of wealth and local resources that supported continuation of local business but the writing was on the wall and re-investment in existing milling plant all but dried up.

The decline in traditional flour milling was inevitable. By the 21st century the local centre of farming industry, which was once the source of wealth owned exclusively by the church and then the monarchy had been relegated to an artisan, almost museum activity engaged in by well-meaning and devout enthusiasts. There are close parallels with the demise of the slide rule, the typewriter and the steam locomotive.

Fossil fuels killed off a two thousand year old green activity called milling. The green energy resource which was used directly by the millers should now be used to relegate fossil fuels to the naughty step of dirty energy at least as far as powering the miller's home.

Fossil fuels killed off a two thousand year old green activity called milling. The green energy resource which was used directly by the millers should now be used to relegate fossil fuels to the naughty step of dirty energy at least as far as powering the miller's home.

A section of these chronicles from West Suffolk have information about watermills and milling in the area along with some general history about milling. There's a good description of the demise of watermills, in which they point out that During World War I, millers were forced by government regulations to grind only animal feed.